We last returned to Auroville to find these strange,  curvular, giant megaphone-looking shapes scattered around the field behind the apartment we rent. (2 pictured below)

It turned out that these sculptural pieces were once the roofs of an old school in Auroville and Auroson Bystrom, Auroville’s first born, was planning to repurpose them as walls for a tiny home he was building for himself.  Auroson would soon refer to his home as “The Molecule.”

I promptly volunteered myself as documentarian to this sublime dwelling’s construction.

Soon after our arrival, I noticed that the inside of these “walls” had been painted an insanely bright, museum-quality stark white, which looked very odd against the natural landscape. As did the large metal cube which would soon emerge as the frame for The Molecule.

Auroson and his team, Pim and Shivarag, constructing The Molecule’s frame:

Pim welding the frame together:

Next was the test run- putting it together to see how it held up.    Wall #1 on:

But then a realization dawned upon Auroson:

The Molecule Must Be Painted Gold.

And so it was disassembled, and a painter arrived with a pressure painting machine that looked like it was from 1942:

Then he moved to the “atoms.” (By this point the molecular theory was developing fast and the walls had become atoms.)

The golden glow glistened its way across each atom, one at a time…

until each was a magical white and gold perplexity

strewn across the natural landscape.

As strange and beautiful as it was to watch these golden atoms scattered about the lands, and seemingly repositioned daily against new corners of nature, I knew their epic migration was only temporary- they were on a mission to soon join each other in an energetic synthesis, to be chemically bonded for life as one molecule.

Auroson chose this spot for The Molecule’s final resting place:

and gathered friends and family to move the cube:

pictured below, Auroson and his father Frederic, one of Auroville’s first inhabitants:

The cube was set on granite footer stones and a pooja was performed.

An alter-like cross-section from a branch of the Mantramandir Banyan tree was hung inside, near one of the atoms,  its center perfectly aligned with the geometric cross-section of The Molecule’s many triangular forms.  Auroson said that he had planned to hang this piece slightly off to accentuate the geometric forms but that his idea had changed during the process.  “The idea is there but the physical reality needs to be alterable because in a sense its all about proportion, ” he explained.

then they bonded the atoms…

And the floor was prepared-

Here Auroson sands The Molecule’s repurposed floorboards which once had served as the Mantramandir‘s scaffolding system during it’s construction.

And finally the door was installed:

Pure perfection! A molecule amongst molecules…

From Auroson:  “The thing about molecules is that there is always something at the centre of something else. (this could be the form for groupings and or construction) The function of housing as a reflection of the a social structure is it would have these qualities – freedom, while being part of the whole, individual in identity, but collective at the same time. Harmony. These structures are only symbols.. Another thing about molecules is that they are built on a harmonic framework, the division and multiplication within and without is based along harmonies just like music, the division of halves, quarters or thirds etc.”

And to me, when looking at The Molecule, I can’t help but wonder what kind of element would be formed were this molecule to find other molecules to bond with. Like imagine a housing project full of these things… Trekker and I would surely like to inhabit one, at least for a time… For now I am just overjoyed that we get to live next door to this thing. 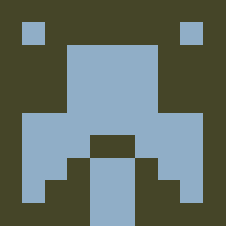 2 Comments → The Making of The Molecule